Before there were 300+ wineries and over 5,000 acres of grapes, there were pioneers like the Smiths who set their sights on producing wine in the Commonwealth— pursuing the potential for a flourishing, locally sourced agriculture industry.

Virginia is a good place to make history. And, when Emma Randel returned to her family’s land in Edinburg, it already held centuries of it: a farm since the 1700s, the property still included the log house where her mother was born in 1895. On that land, Emma made history of her own.

Randel left the Shenandoah Valley for a time, graduating from Duke with a degree in business and teaching in a secretarial school before getting married and raising five children. She kept Virginia in her sights, however—planting 5,000 vines on her family’s land while still living out of state. Wine could be a “retirement project” down the line, she thought.

Instead, Randel’s hobby grew into a calling. She opened Shenandoah Vineyards in 1979, in extreme DIY fashion—early vintages were produced in trash cans. Over time, Randel’s knowledge of the local climate and soil conditions grew, as did her belief that the Shenandoah Valley could become a legitimate wine enclave. In 1982, she won the fight to establish it as Virginia’s first American Viticultural Area (AVA), a federally recognized wine-producing region.

The Shenandoah Valley AVA and those that followed helped reinforce the legitimacy of Virginia’s growing wine industry on the national stage, while Randel’s Shenandoah Vineyards (now owned and operated by Michael Shaps Wineworks) lives on as the Commonwealth’s second-oldest vineyard in operation. From mother of five to the founder of an official viticultural area, Randel’s journey is one for the history books. 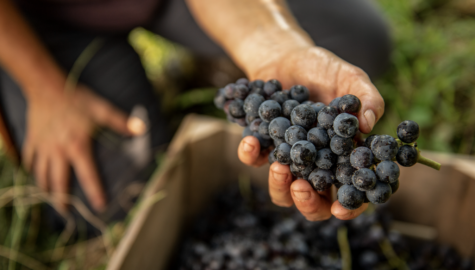 Before there were 300+ wineries and over 5,000 acres of grapes, there were pioneers like Juanita Swedenburg who set their sights on producing wine in the Commonwealth— pursuing the potential […]